Home Blog Swearing the Pain Away 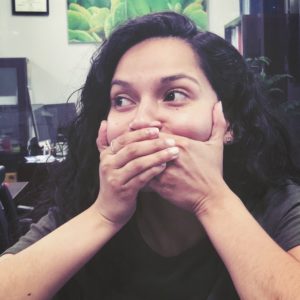 Don’t tell my mom, but sometimes I cuss. Not all the time, but occasionally. When I stub my toe or get a paper cut, swear words will inevitably fly out of my mouth. This is a common experience. But it turns out that swearing can actually reduce pain. No, really!

There have been several studies looking into this phenomenon1. The television show Mythbusters even had an experiment on their show demonstrating the pain-relieving effects of swearing3. Swearing increases a person’s pain tolerance, decreases the perception of pain, and causes a person to remember less of the pain after the fact.

The researchers think that swearing provides a link between the language and emotional systems of the brain. Because of this link, swearing allows a person to process the emotional response to pain. Some studies also suggest that swearing taps into the “fight or flight” response, which is also known to reduce pain.

This is great news for palliative and hospice patients who frequently have pain related to advanced medical conditions. Any extra tool to manage pain is good to have. Swearing likely won’t replace the use of pain medications, but it might allow a person to use less medication for pain. It can also be helpful for that period of limbo between taking pain meds and when they start to kick in.

Unfortunately for sailors, overdoing it takes away swearing’s benefits. Follow-up studies have found that the more often a person uses swear words in everyday life, the less pain relief they get2.

For some people, swearing is simply off the table. Their faith or personal values prevent them from using swear words. And that’s ok. Some studies have found that simply saying “ouch” or “ow” has a similar effect on pain4. That might be why these are almost an automatic response as early as childhood. So, if you want to avoid swearing, you can make a conscious effort to use these words.

A few cautionary notes. Swearing around other people, especially those who object to swearing, can reduce social support. There is a risk of alienating family and friends if they object to swearing. People who live in communal settings like assisted living and skilled nursing facilities should also be aware of those around them if swearing. Use your best judgement if this is your case. The loss of social support can reduce the pain-relieving benefits of swearing. Also, I advise avoiding highly offensive words like derogatory terms aimed at racial and other minorities, blasphemous language, and hostile words directed towards another person. Just saying or yelling a single swear word seems to be the best option.